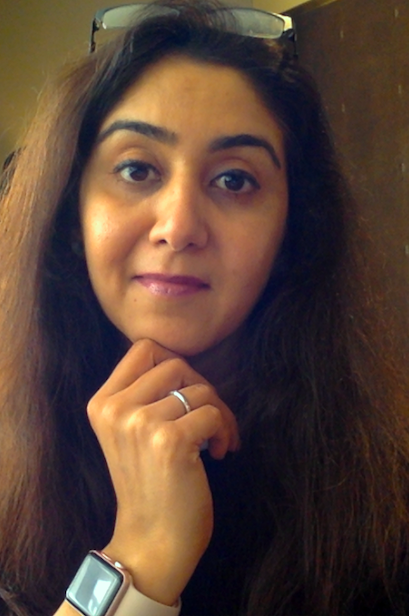 Success in business is 80% psychology and 20% skill

What does this mean? Very simply, it means that one achieves results they desire based on their mindset rather than their skillset.

In the hotel industry environment this becomes particularly true as it is really the most people dominated industry and nowhere else does one’s mindset become more relevant than strategy at pretty much every step of the way.

The constant need in meeting guest satisfaction and revenue targets can put anyone on the edge most of the time.

After all the industry only earns revenue through guest satisfaction.

While the ‘right attitude’ is a cliché for most organisations, in practice it is very hard to understand at what point does a bad or wrong attitude kick in and the repercussions of such a mindset.

The case below clearly sights what is the result of an employee mindset despite the skills they possess.

I got a call Glen, the revenue manager, at one of our partner hotels, saying, “Amisha I’m unable to access the GDS extranet to make updates.......I need to close dates for my property on the GDS, urgently!” (now usually such calls would go to the support office and that it was coming to me meant something was really wrong)

So I suggested he validates the password, do a password reset and other methods to restore access...nothing worked. I tried logging in and a message popped up saying ‘access denied’. On checking with our GDS partner, I was informed that the property has been deactivated due to non-payment.

I asked Glen what was the issue about non-payment. He claimed to have no clue.

I then checked with Elena, our accounts and billing manager, to find out what the issue was. Elena, informed me that the hotel had not paid and hence suspended nearly 8 months ago. She also informed me that despite several follow ups she had no response. When she phoned the hotel’s accounts team, she was informed that ‘they hadn't got any approvals from Glen and so has not paid the invoices.’*

(At this point I started to feel like a postmaster transferring messages from one person to another. But as the hotel’s most important partner in their online distribution, it is necessary that I get down to the root of the problem to solve it.)

Went back and phoned Glen to get the details from him and heard, “yes I have seen a few of these emails but I never look at them”.

Me (slightly shocked), “Why is that? And what do you do with them?” Glen says, “I really don’t like the accountant (Elena) in your office who sends these. I had an argument with her a few months back. So I don’t feel like looking at her emails!” (at this point I am FUMING as you may imagine and am saying to myself “well she’s writing to you for your official work and not stalking you!!!”)

So given this situation, there are the below surface issues and much larger deeper issues...and sacking and replacing Glen is NOT the solution as he's got brilliant results for the other hotels in the group.

1. Lack of awareness on how business is impacted.

3. Attitude of shirking a responsibility based on his dislikes.

4. Isolated thinking from the perspective of one’s own function instead of how it impacts the whole hotel.

5. This could well be a usual approach and repeated in other areas of Glen's work...it is painful to imagine when, where and how often this would have impacted a leak in revenue.

7. Hotel management not aware as they don’t understand the complexities of the online world and leave it to ones who do.**

8. This leads to leaving the responsibility to someone ‘more aware’ without a wholistic view of things.

9. Creation of pressure on other areas of sales and revenue to meet budgets.

10. Discounting strategy to cover the gaps...leading to lower REV PAR.

11.And most importantly.....HOW MANY such 'mindsets' may be in play among the employees that lead to depletion of revenue, lack of guest satisfaction and much much more....

More often than not it is the small things that make the BIG difference in your hotel’s business and how the budgets are achieved.

The small things are the ones that can be changed and influenced very easily.

The key to your hotel’s success is in identifying the ‘difference that makes the difference’ in gaining or losing revenue.

While this is a real cause for concern, fear not!

All is not lost...these are situations that present Opportunities for Improvement.

Some immediate improvements that can be made are:

1. Training every team member on the current v/s the old ways of sales and reservations.

2. Creating improved understanding of how each one’s job impacts the hotel's business.

4. Practise ‘leave your baggage and bins outside the office’.

6. 'Communication' as against 'customer service' training..

7. Training on understanding the bigger perspective (Yes! this can be learned)

8. Mindset training for your hotel staff.

9. Develop the team through Leadership programmes

‘3A training’ for your hotel under Aurora’s Hotelier Excellence™ programme offers all of the above and is proven to cause the shifts in the small areas that make the BIG difference.

This blog is about different topics for creating, achieving and sustaining Excellence in your Hotel team / yourself.